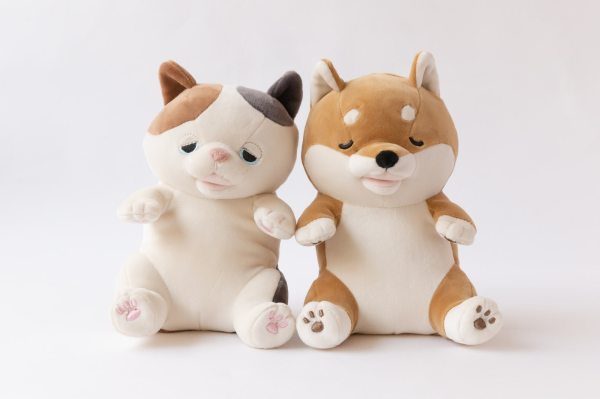 It wouldn’t be without at least a couple of offbeat robots showing up. Yukai Engineering, the maker of the , has revealed a soft robot that nibbles on a user’s fingertip. The company hopes the “somewhat pleasing sensation” will brighten up your day.

has an algorithm called a “Hamgorithm” that selects one of two dozen nibbling patterns, so you’ll never be sure exactly what you’ll feel when you shove your digit into the robot’s maw. Yukai designed the patterns — which include Tasting Ham, Massaging Ham and Suction Ham — to replicate the feeling of a baby or pet nibbling on one’s finger.

“Amagami” means “soft biting” and “ham” means “bite” in Japanese. Yukai based the look of the robot on a character from Liv Heart Corporation’s Nemu Nemu stuffed animal series. There’ll be a couple of finger-munching models to choose from: Yuzu (Calico Cat) and Kotaro (Shiba Inu).

“Most people like the nibbling sensation but know they need to teach their children or pets to stop it, because kids and animals will otherwise bite them with full force eventually,” said Yukai Engineering CMO Tsubasa Tominaga, who invented the robot at a hackathon earlier this year. “Amagami Ham Ham is a robot that frees humankind from the conundrum of whether ‘to pursue or not to pursue’ the forbidden pleasure.”

Pricing hasn’t been determined, but Yukai and Liv Heart plan to run a crowdfunding campaign in the spring. In the meantime, those braving CES can check out Amagami Ham Ham at the show, and perhaps leave Yukai’s booth with a slightly more tender finger.

Among the other devices Yukai will show off at CES is Bocco Emo. The company has updated the original Bocco robot to act as a smart medical device. Yukai says hospitals in Japan are using it to monitor patients’ vitals (via connected sensors like pulse oximeters and thermometers) and notify nurses about a patient’s condition.

During a pilot period, Bocco Emo was used to inform patients’ families about how they’re doing. It can also communicate with patients using sound effects, facial expressions and gestures while they wait for a nurse to arrive.