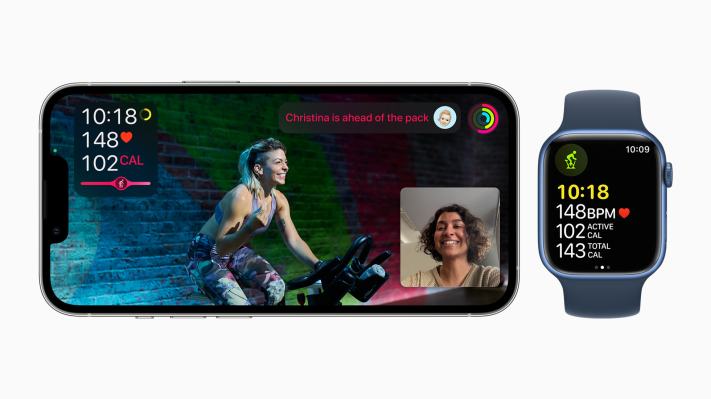 Apple has launched a new way for Fitness+ users to work out or meditate with people in other locations through group workouts powered by SharePlay. The tech giant first teased the feature at its September 14th virtual event.

Fitness+ subscribers can use SharePlay to start a group workout or meditation session with up to 32 other people while using FaceTime on an iPhone or iPad. The Fitness+ session will stream completely in sync for everyone on the call.

To begin a group session, users need to start a FaceTime call and navigate to the Fitness+ app. From there, you can select a workout and get started. SharePlay also works with Apple TV so users can follow the workout on a larger screen while staying connected with their friends on FaceTime through their iPhone or iPad.

The service is currently available in the U.S., Canada, Ireland, New Zealand, Australia and the U.K. With this upcoming expansion, Fitness+ will be available in 21 countries in total.

Apple also says that ​​beginning November 1, 2021, around 3 million fully insured UnitedHealthcare members in the U.S. will be able to enroll with Apple Fitness+ for a year-long subscription, at no additional cost as part of their plan benefits.

Fitness+ is also introducing a new episode of its Time to Walk series, which is an immersive audio walking experience, with actor and disability advocate Marilee Talkington. In this episode, she talks about defying expectations and how she helps empower others to do the same.

Apple launched Fitness+ on December 14, 2021, and has since worked to compete with other subscription fitness offerings, including Peloton. Fitness+ is available as a standalone subscription for $9.99 per month, or as a part of the Apple One Premier plan for $29.95 per month, which gives users access to Apple Music, Apple TV+, Apple Arcade, Apple News+, and iCloud+ with 2TB of storage.